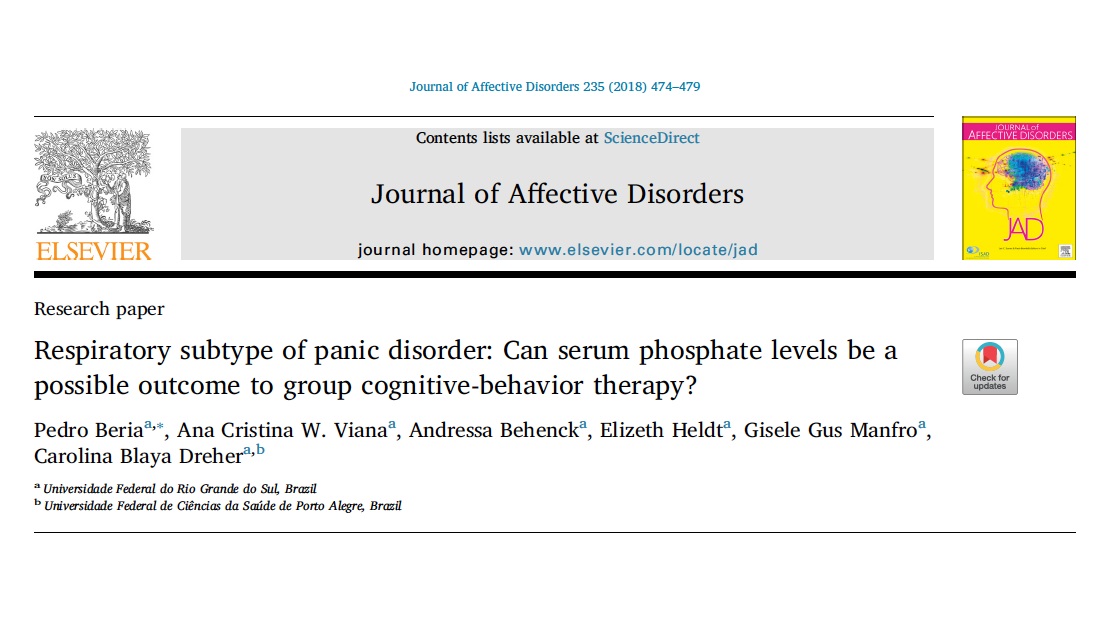 Objective: Panic disorder (PD) respiratory subtype (RS) was described in order to cluster patients according to their symptoms. These patients are characterized by experiencing a relatively high number of noticeable respiratory symptoms during a panic attack (PA) and a higher reactivity to CO2. In this study, we aimed to evaluate the clinical relevance of this diagnostic category, evaluating if there are different responses to cognitive-behavioral therapy in patients with panic disorder RS as compared to those with the non-respiratory subtype (NRS), using serum phosphate as a biological marker.

Methods: Patients were assessed by a clinical interview followed by a structured diagnostic interview (M.I.N.I) and classified as RS or NRS based on symptoms. The severity of PD was evaluated throughout the PDSS, CGI, HAM-A, STAI and the BDI rating scales. All patients underwent 12 structured sessions of group-CBT for PD and had their blood collected at baseline and after treatment to assess phosphate levels.

Conclusion: Our findings suggest that both RS and NRS benefit from group CBT and that there was a change in phosphate levels after effective treatment in both groups. Our data support the idea that there is a reversal of the conditions that promote hypophosphatemia as chronic hyperventilation after CBT treatment, whereas it is in disagreement to the presence of two different PD subtypes based on phosphate levels once their rates did not differ at baseline and had a similar increase after effective treatment.

What you can read next 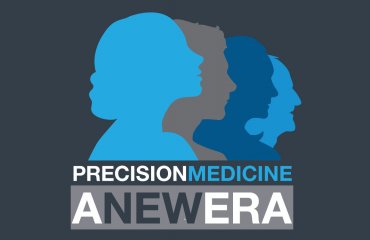 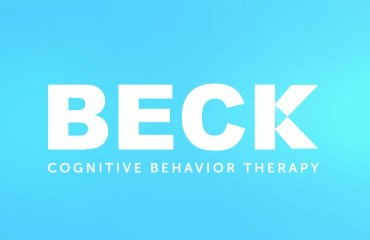